Affordable housing is becoming a big issue across the country and is dividing opinion in Laguna Beach.

By Melissa Consterdine, Special to the Coastal Real Estate Guide 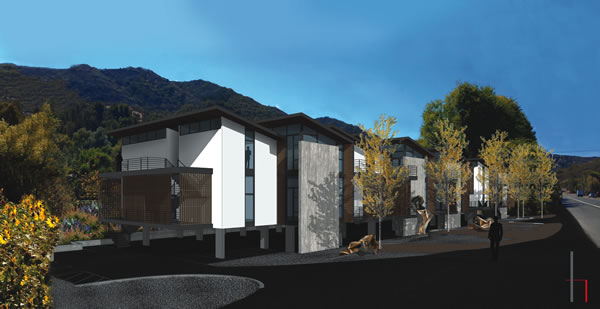 Affordable housing is becoming a big issue across the country and is dividing opinion in Laguna Beach. People are struggling to get on the housing ladder as the U.S. property market has experienced one of the most unstable periods in the last decade. Foreclosures have been up, while lending has been down, leading many people to wait before stepping onto the housing ladder. With homes in Laguna Beach selling for princely sums, there’s a greater lack of affordable homes than ever before.

Property Prices on the Rise

This year the property market appeared to show signs of a recovery as the National Association of Retailers reported that home sales in the U.S. have reached their highest level in more than six years, rising to 5.48 million in August. However, house prices also rose 12.4% from July 2012 to July 2013. This house price rise is making it harder than ever for people to find houses they can afford and there is an increasing demand for affordable homes in Laguna Beach.

Homes in Laguna Beach are some of the most desirable in the country, as it attracts families with its excellent schools, beautiful views and perfect mix of beach life and city living. It’s an exclusive area and 16 of the 17 homes that have sold in Orange Country for $20 million or more have been in Laguna Beach or nearby Newport Beach. In some 14 of the top 100 metropolitan regions across the country, more than half of the “for sale” homes in October were out of reach for middle-class buyers, show data from real estate tracker Trulia. In addition only 23% of “for sale” homes in Orange County were affordable for middle-class buyers, down from 44% last year.
However, buyers shouldn’t despair as more affordable housing could be built to meet demand. There’s also hope for those with a poor credit rating who may fear being left further and further behind as the property market improves. As money.co.uk explain, “If you have poor credit then you may want to consider applying for a mortgage specifically tailored for people with bad credit. Although these mortgages may be a little more expensive you will have a greater chance of your application being successful.”

The Need for Affordable Housing

To accommodate demand for affordable housing options, discussion are underway in Laguna Beach. Earlier this year the City Council established a task force to investigate housing options for older people, including low-income housing units and assisted living. This was instigated as a response to research that shows that the number of people aged 65 and over rose by a third in the last decade. In fact older people now make up 18% of Laguna Beach and this figure is predicted to increase to 40% of the population by 2020. The demographic effect is that more people will be unable to live in their homes as their mobility decreases. Assisted living arrangements are seen as a solution for many. These facilities allow people to live in independent homes while having access to 24-hour support if needed.

Plans in the Pipeline

However, it’s not just elderly people who are finding it difficult to meet living costs. The Laguna Beach Independent has reported that Planning Commission chair Robert Zur Schmiede asked city officials to provide finances to subsidize low-income senior housing or an assisted living facility. Yet sesearch carried out by the City Council has found that younger families want to move to the area, but can’t afford homes. This means that many young or middle-aged people who have grown up in the town are being forced to move away when they want to buy a home of their own. 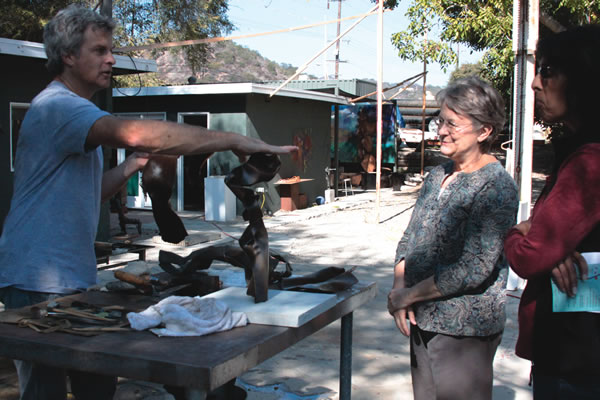 One proposed affordable housing development that has split opinion in Laguna Beach is for an artists’ residence. However, the plan for a place where artists can live and work has been delayed. The Indy reported that Laguna Beach sculptor Louis Longi has proposed an artists’ project, one of the first of its kind since the city council changed the rules concerning such projects in May 2012. It aims to create affordable spaces for artists to live and work within the city as some say the town will lose its unique character if artists can’t afford to stay. However, neighbors are worried that the development’s size will threaten the rustic nature of their neighborhood. The 30 proposed units would be arranged around two communal studios, with eight of the units designated for low-income artists for the next 55 years. It also includes a gallery space for the display and sale of artwork created on site.
With any such proposal for affordable housing, there will always be worries for residents about increased traffic and the impact of more people living in a certain area, for example on schools and health care services. It has been reported that many of Laguna College of Art & Design’s graduates leave the community simply because they can’t find an affordable place to live and work. This echoes a brain drain that happens in exclusive, expensive areas across the country, and emphasizes the need for affordable housing in Laguna Beach for many on low or fixed incomes.

How the Council Can Help

The council has the power to fast-track any suitable schemes, but they will first need to set the boundaries concerning the particulars of the building involved, for example, identifying suitable sites and setting controls over the number of units. Multi-use spaces have also proved popular in other parts of the country, where residential units are built over retail, corporate or leisure premises, encouraging people to eat, shop, work and play in one area.

Melissa Consterdine can be reached at missi@bembo.org.