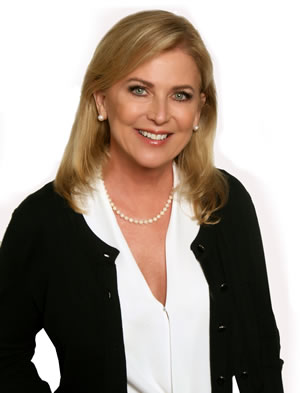 The Diane Cannon Team earned its third consecutive national sales honor, and finished 2018 as the No. 1 team for sales and transactions in Berkshire Hathaway HomeServices California Properties’ Laguna Beach office.

Taking top honors within the Berkshire Hathaway HomeServices network of nearly 50,000 agents in the U.S. and abroad, Diane’s team attained Chairman’s Circle Diamond status, confirming their sales volume was among the top one-half of 1 percent of agents in 2018. In 2017 and 2016, the team achieved Chairman’s Circle Platinum for placing among the network’s top 1 percent of agents for sales volume.

The team was recognized for their accomplishment at the network’s annual convention in Las Vegas in March, followed by an awards ceremony April 11 at The Resort at Pelican Hill in Newport Coast, attended by company executives and colleagues.

Diane, who raised her family in Emerald Bay, has represented clients in Laguna Beach and Newport Beach for more than 28 years. With her extensive knowledge of the community, she concentrates on luxury homes and waterfront estates on the California Riviera, as well as the surrounding real estate markets.

“We all have such passion for the people in this community, who make our careers possible,” she said. “We are surrounded by natural beauty and incredible homes. It’s the ultimate lifestyle. Earning national and branch office recognition is icing on the cake for us!”

To put the Diane Cannon Team’s expert marketing, advertising, and negotiating skills to work for you in the sale or purchase of a distinctive home.

Todd Davis – Agent of the Week

Victoria Strombom – Agent of the Week

Carter Kaufman – Agent of the Week