One on One with Charles Peterson 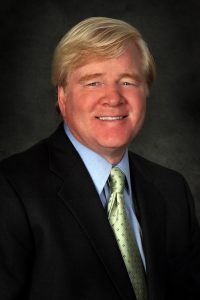 Expansive views of the Pacific Ocean and coastline buoy the real estate market in Newport and Laguna Beach. When landscaping obstructs precious views, property owners naturally want to take action. And some of them do it illegally. Attorney Charles Peterson has made it his business to know many of the city’s tree ordinances and view protection and restoration laws.

Q: How does malicious tree destruction happen?
A: Why anyone would do such a thing is hard to say. Some have expressed the utter despair they feel at losing a cherished view. Others describe what borders on the loss of identity or the loss of sense of place when someone destroys their trees and hedges. Privacy is a terrible thing to lose, and cities need to ensure that their view preservation and view restoration processes are thorough and perceived as fair. So there is no excuse for felony trespass and willful destruction of another’s property.

Q: Has this been a growing issue in coastal prime-view areas?
A: Statistics are hard to come by. But when it happens, the tree owners are traumatized. Each year, we become aware of 15 to 20 cases of willful destruction, and when the perpetrators are known, we take about five to10 of them to court.

Q: Does the homeowner have any recourse?
A: Yes. Victimized homeowners have recourse through the criminal and civil courts.

Q: What laws protect California homeowners?
A: The law frowns heavily on the willful destruction of a neighbor’s trees. In addition to actual damages and punitive damages, victims can recover up to triple the actual damages under Civil Code section 3346 if there is proof that the destruction was carried out willfully or maliciously. It’s one of the only areas of law in which triple actual damages are available, which highlights the odiousness of the offense.

Q: What about trespassing?
A: In addition, the criminal justice system prosecutes offenders for trespass, under the appropriate damages. The crime of criminal trespass involves a person knowingly entering or remaining on a property on which he knows he or she does not have permission to enter. Pursuant to California Penal Code section 602 (a), every person who willfully cuts down, destroys, or injures any kind of wood or timber standing or growing upon the lands of another is guilty of misdemeanor trespass.

Q: What kind of consequence awaits the perpetrators?
A: Criminal trespass is most often a misdemeanor, though it can be prosecuted as a felony, especially if the trespass results in damage to persons or property. If convicted, the defendant could be sentenced to up to six months in jail, a fine of up to $1,000, or probation with whatever conditions the judge may deem appropriate. Regarding a felony, if a person commits what is called “aggravated trespass,” the offense can be charged as a felony depending on the circumstances of the case and criminal history. If “aggravated trespass” is committed and charged as a felony, jail time could be 16 months up to 3 years.

Q: What if the whole reason a homeowner bought a home was centered on the view?
A: California property owners might think they have a right to a view, but in fact most are at the mercy of their neighbors. Police are called upon regularly to investigate the malicious destruction of trees in Southern California. It happens even in cities that have view preservation and view restoration rules. If the process moves too slowly, or produces an unsatisfactory result, view-seekers have been known to lash out. The stress and pain of losing a spectacular view to a recalcitrant neighbor can be too much for some people who then take things into their own hands by hacking down their neighbor’s trees. Poisonings, copper nails and chainsaws are the tools of the trade.

Q: Is there any way to avoid the courts for view disputes between homeowners?
A: Willful destruction of a neighbor’s vegetation is not a way to avoid the courts, however. Most cities with view ordinances provide disputing homeowners bring their disagreement to a professional mediator before utilizing the municipal process. And if mediation is unsuccessful, most view preservation processes provide for further review of the dispute by planning boards or by city councils before the dispute can utilize the court system. There is a preference to have this type of land use issue resolved locally rather than by a jury.

Q: What is your experience serving justice for these homeowners?
A: Homeowners who have been victimized are usually successful in both criminal and civil courts when the perpetrators are apprehended and law enforcement agencies have the forensic tools available to identify those responsible, including chainsaw testing and polygraph exams.