Have you ever tried to tackle a remodel project on your own? Spent your days off acting like a self-proclaimed weekend warrior? Perused the aisles of Home Depot to transform your home? Or would you rather hire a professional to handle your project? There are pros and cons to both. According to the 2019 Remodeling Impact Report on DIY (do it yourself), put out by the National Association of Realtors, slightly more people turned to a professional as opposed to doing the project themselves. Some of the details that were revealed in this report might be surprising.

More people chose to hire a professional than to do a project themselves, but it wasn’t an overwhelming difference. Fifty-three percent of those surveyed opted to hire a professional and 47 percent wanted to take on the projects themselves, so it was nearly an even split. When a project concerned functionality and living conditions, people clearly leaned toward hiring a professional. Interior projects accounted for 72 percent of the ones that involved a professional. The most popular projects where a professional was enlisted were those for HVAC systems, kitchen remodels or bathroom additions. On the DIY front, people tended to take on projects that reflected their personal style more. In fact, if it was a project that represented their personal style, people were twice as likely to make it a DIY project. Again, most of the projects were interior ones and the most popular ones were closet renovations, basement conversions and refinishing hardwood floors.

Pet projects have become quite popular because most people consider their pets to be family. Fifty-six percent of people who did remodels concerning their pets chose to do them as DIY projects. The most popular ones are built-in pet beds, an animal pool, a cat litter closet and built-in areas for pet dishes.

The largest groups of people who tackled DIY projects were millennials (73 percent) and Generation X’ers (51 percent). Other groups were more likely to hire a professional. In fact, 70 percent of the silent generation and 52 percent of older boomers went with a professional.

There can be pros and cons to taking on a DIY project. In some cases, it is simply not practical to take on a project due to the scope of the work. Alternatively, it can be beneficial if the time and expense make sense. Have you ever done a DIY project? Did you wish you hired a professional? Which group would you most likely be part of? 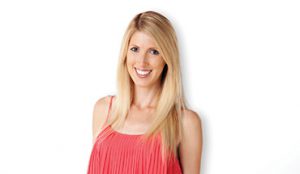 Holly Schwartz McDonald is a Realtor with Villa Real Estate who lives in Newport Beach and has been featured on HGTV’s hit show, “House Hunters.” She can be reached at HMcDonald@VillaRealEstate.com with comments and story ideas.

Ask the Expert: Are Virtual Tours the New of Open House

Ask the Expert: What Do Buyers Really Want?

Ask the Expert: Savvy Homeowners Can Use Loans to Maximize Their Resources in Retirement